Benjamin Franklin was, for the great majority of his long life, a loyal British royalist. In 1757, having made his fortune in Philadelphia and established his fame as a renowned experimental ‘scientist’, he crossed the Atlantic to live as a gentleman in the heaving metropolis of London. With just a brief interlude, a house in in Craven Street was to be his home until 1775.

From there he mixed with both the brilliant and the powerful. He counted David Hume, Matthew Boulton, Edmund Burke and Erasmus Darwin among his friends; and he had access to successive Prime Ministers and even to King George III himself.

However, Benjamin Franklin was also an American colonial representative. Though he long sought to prevent the break with Great Britain, his own actions would finally help cause that very event. In 1775, on the very eve of the American War of Independence, Franklin fled arrest and escaped by sea. By the next year, he had become one of the firmest of American patriots. Long-term relationships, both political and personal would be at an end and he would never return to London.

George Goodwin, the acclaimed author of Fatal Colours: Towton 1461 and of Fatal Rivalry: Flodden 1513, places the brilliant and energetic Dr Franklin, an engaging, but sometimes enigmatic man, in a vibrant London that was the epicentre of  the 18th century’s new global super-power. We see him at home with his landlady Mrs Stevenson and her delightful daughter Polly. We join him at St Paul’s coffee house and the Royal Society, at the George & Vulture and within the grand houses of contending political peers. We accompany him on summer travels, whether to Scotland and Ireland, or across the Channel to Continental Europe. We meet extraordinary characters such as Thomas Paine, James Boswell and even the notorious Sir Francis Dashwood, and spend time with Dr Johnson’s publisher William Strahan, the scientist Joseph Priestley and botanist Peter Collinson.

Never before has an author concentrated on the fullness of Benjamin Franklin’s life in London and, in so doing, Goodwin arrives at some striking conclusions. At all times, he observes with gimlet eye and writes in his customary evocative and entertaining style. Benjamin Franklin in London is an enthralling portrait of a man, a city and an age.

© All articles are copyright and not to be reproduced without permission 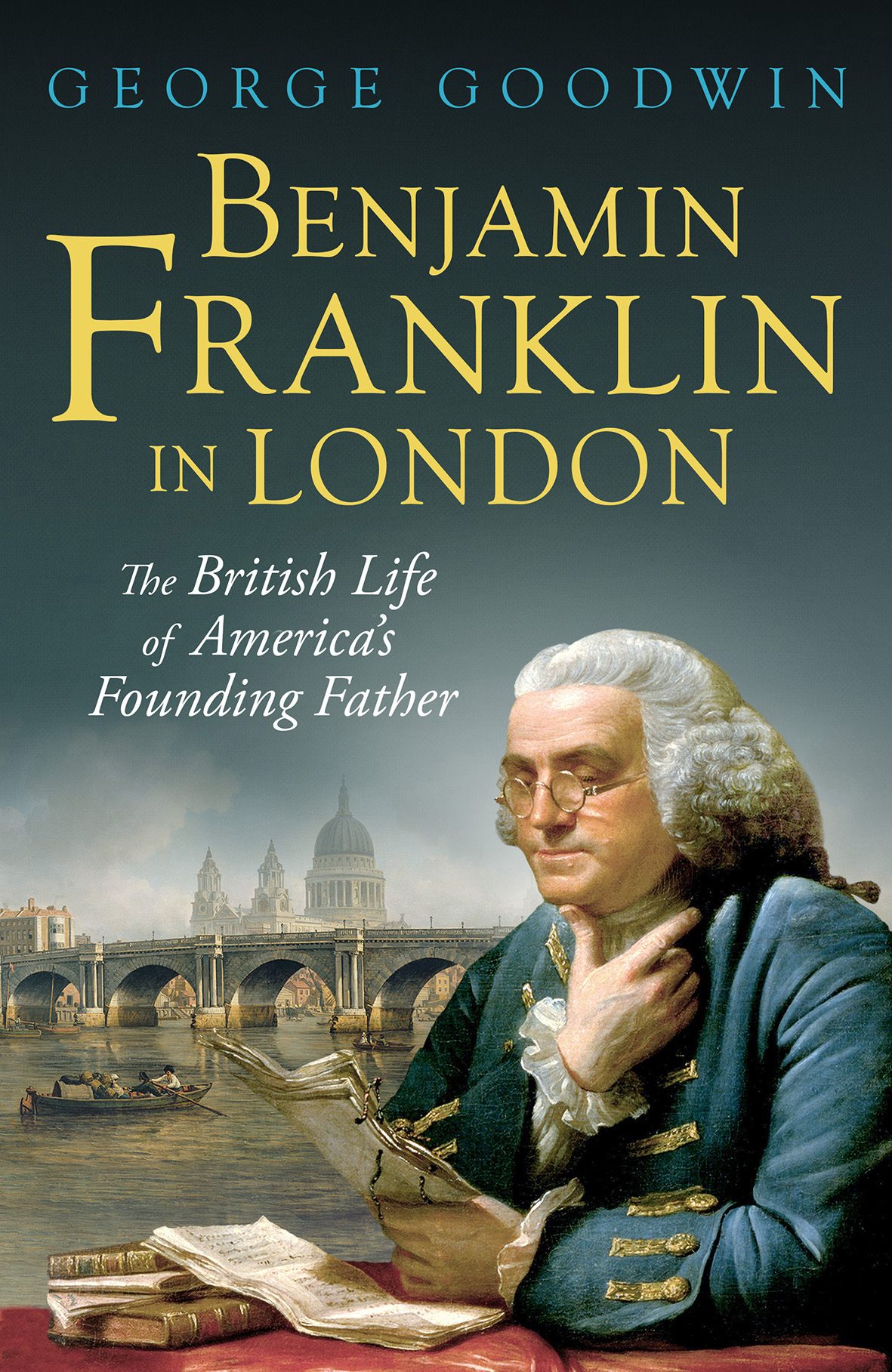