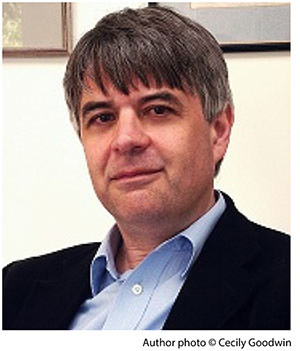 George Goodwin is the author of three highly-acclaimed historical studies.   The latest of these is Benjamin Franklin in London: The British Life of America’s Founding Father, published in hardcover and paperback by Weidenfeld & Nicolson (UK) and Yale University Press (USA).  His previous works, both published by Weidenfeld & Nicolson (UK) and W W Norton (USA) are: Fatal Colours – Towton 1461 on the reign of Henry VI and the 1st War of the Roses; and Fatal Rivalry — Henry VIII, James IV and the battle for Renaissance Britain, Flodden 1513.

His latest book, Christmas Traditions: A celebration of festive lore was published by British Library Publishing in September 2019.

George Goodwin is a Fellow of the Royal Historical Society and the Royal Society of Arts.

George is the 2019 Dr William M. and Betty H. Busey Family Fellow at the Fred W. Smith National Library for the Study of George Washington at Mount Vernon; and an Eccles Centre Makin Fellow at the British Library. He was a 2014 & 2017 International Fellow at the Robert H. Smith International Center for Jefferson Studies at Monticello. He is Honorary Author in Residence at Benjamin Franklin House in London.

George is a history graduate of Pembroke College, Cambridge, where he was awarded a Foundation Exhibition.  His home is in Kew, a stone’s throw from the Royal Botanic Gardens.